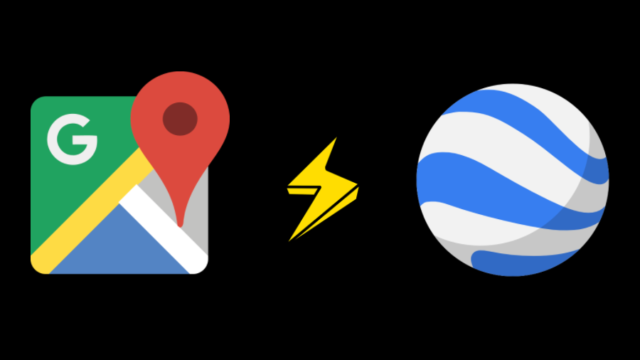 Today, we are gonna clarify the real differences between Google Map And Google Earth To You Guys.

What you should firstly know is that:
Google Maps and Google Earth are two completely separate pieces of web applications but they’re made with more or less similar purpose in mind, to explore the globe.

While Google Earth can take you on a virtual tour of different beautiful places on the earth, Google Maps, on the other hand, is designed to cater more practical needs of the users.

Hope you guys are following?

You’ll be surprised to know that Google Earth came into existence four years before Google Maps. In fact, both Maps and Earth aren’t even made by Google from scratch, although, Google owns them.

In 2005, Google acquired a company named Where two (2) Technologies and turned their desktop-based map product in the making into a web application we now know as Maps. While Google Earth was originally called Earth Viewer 3D, created by a CIA-funded company called Keyhole, Inc. which was acquired by Google in 2004.

Contents hide
1 GOOGLE EARTH VS GOOGLE MAPS
1.1 Google Maps is more local
1.2 Go to Mars and Moon
1.3 Google Earth is made for explorers
2 WHY GOOGLE EARTH WHEN YOU HAVE GOOGLE MAPS?
2.1 Related Posts 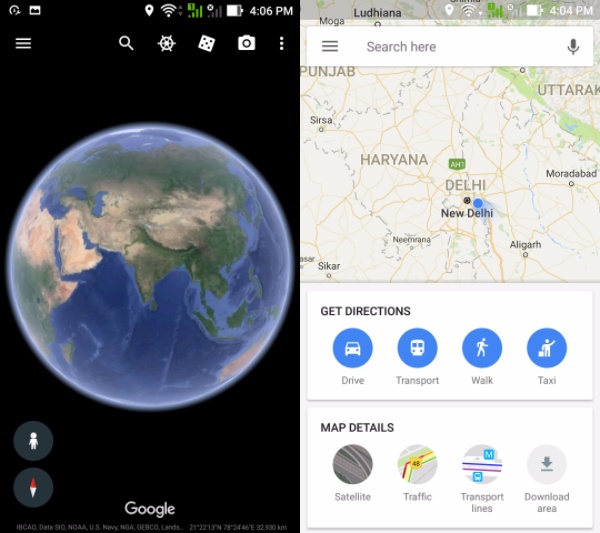 For a moment during my childhood, I even doubted the existence of Google Earth because Google Maps also includes a satellite view. In fact, both Maps and Earth show the same satellite imagery. But still, there are some considerable differences between the two.

As you might already be knowing, Google Maps is quite famous for its features like turn-by-turn navigation, real-time traffic information, transit system schedules, etc. Based on your location, Google Maps can show you nearby restaurants, attractions, petrol stations, etc. 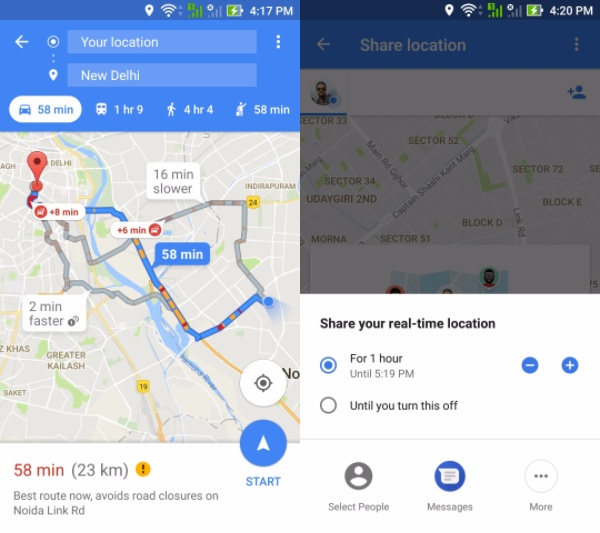 A recent update to Google Maps allows users to continuously share their location using their smartphone. This means a friend of yours would be able to track your movements in the Google Maps application.
Google tracks location history of the users which is used to power a feature called Timeline. It gives a detailed insight into the daily activities and places visited. For instance, walking, driving, visiting a market, etc.

Go to Mars and Moon 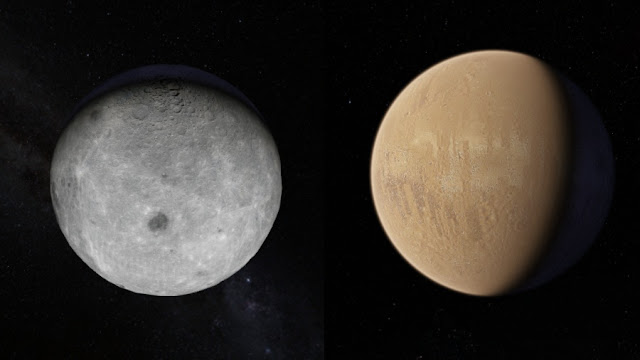 Google Maps even allows you to explore other bodies in our solar system. Currently, the list includes Moon and Mars. The imagery is not as detailed, but it does give a rough idea about the surface and the names of the location known to the human kind.

Google Earth is made for explorers

Basically, Google Earth can be assumed as a subset of Google Maps intended towards experience rather than being a utility. Google recently released Earth’s v9 which was in development for the last two years. A new addition to Earth is Knowledge Cards for places you land on the virtual globe. Clicking a card opens a dedicated page describing more details.
A great emphasis has been given to the 3D content. There is no noticeable difference between the 3D satellite imagery on Google Maps and Google Earth. However, if you zoom in, Earth doesn’t provide many details about places and streets. Obviously, it isn’t made for that purpose. But you can get a detailed view of the area by selecting the Map Style Everything. 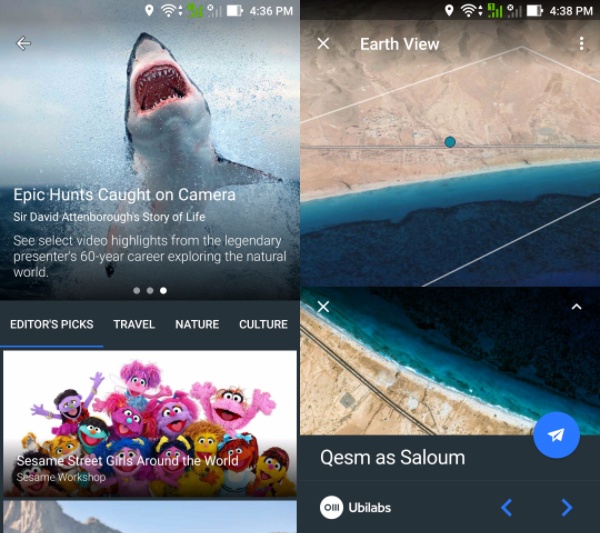 The new update has brought to Google Earth a feature known as Voyager which includes hand-picked places to take virtual tours in the form of map-based stories. Voyager is quite an attraction in itself. A part of the Voyager is known as Earth View, the option combines high-quality landscape images of random places.
Google Earth now features the “I’m Feeling Lucky” button you see on Google Search. Clicking the button takes you to any random location across the globe. For a particular place, Google Earth now shows an information card which leads to a dedicated page described more information.
Google Earth can track your location using your phone’s GPS chip or your IP address when browsing from a desktop. However, unlike Google Maps, it doesn’t keep the record of the places you visit. Also, the location bookmarks you add to the My Places section are saved on the device itself. These can be exported as KMZ or KML files.

WHY GOOGLE EARTH WHEN YOU HAVE GOOGLE MAPS?

The whole point of Google Earth is visiting different places virtually in 3D without much distraction. Earth might be inferior to Maps in terms of features but it has its own purpose. Also, Google has made significant changes in the form of the Voyager feature.
If you have something to add, drop your thoughts and feedback.
That’s all guys!
If you have any question or questions or addition to this topic, kindly make use of the comment box below.
REMEMBER: Always visit for more interesting topics.

London-based fraud prevention startup, SEON, has raised a $94M in Series B round led by …