[Mobile] Check Out New Nokia 3310 In New Shape And Specifications 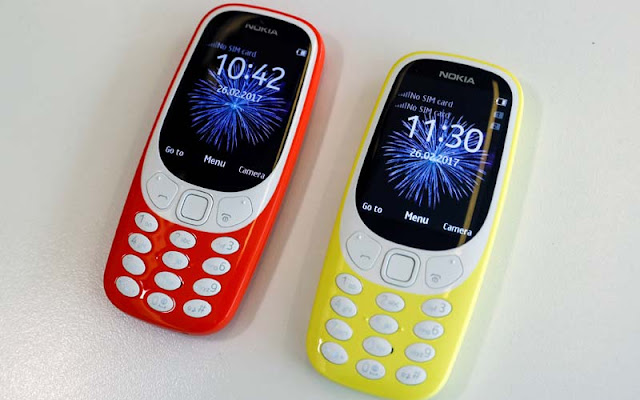 We just discovered Nokia has remodeled Nokia 3310.
Nokia 3310,an old time favorite which was a power work house and known for its durability,is back in a newer,more colorful form factor.
HMD Global and Nokia announced this new phone at the on going Mobile World Congress (MWC) 2017 in Barcelona.
The price of the Nokia 3310 (2017) is 49 Euros,which is around Rs 3500 on conversions.The phones are supposed to launch globally in the second quarter,and it could come to India by May. Nokia 3310 comes in three new colourful options and supports 2G.
Other specifications of the new Nokia 3310 include 16MB total memory space,a micro SD card slot with support for upto 32 GB. It supports 2G and the bands supports are GSM 900/1800 MHz. The Nokia 3310 runs the Nokia Series 30+OS.
It has a 3.5mm audio connector slot,FM support and an in-built MP3 player. There’s also a 2MP camera on the back with LED flash.The phone has Micro USB(USB2.0) for connectivity as well as Bluetooth3.0.

The Vivo Y74s smartphone was released in November 2021. The phone has a 6.58-inch touchscreen …